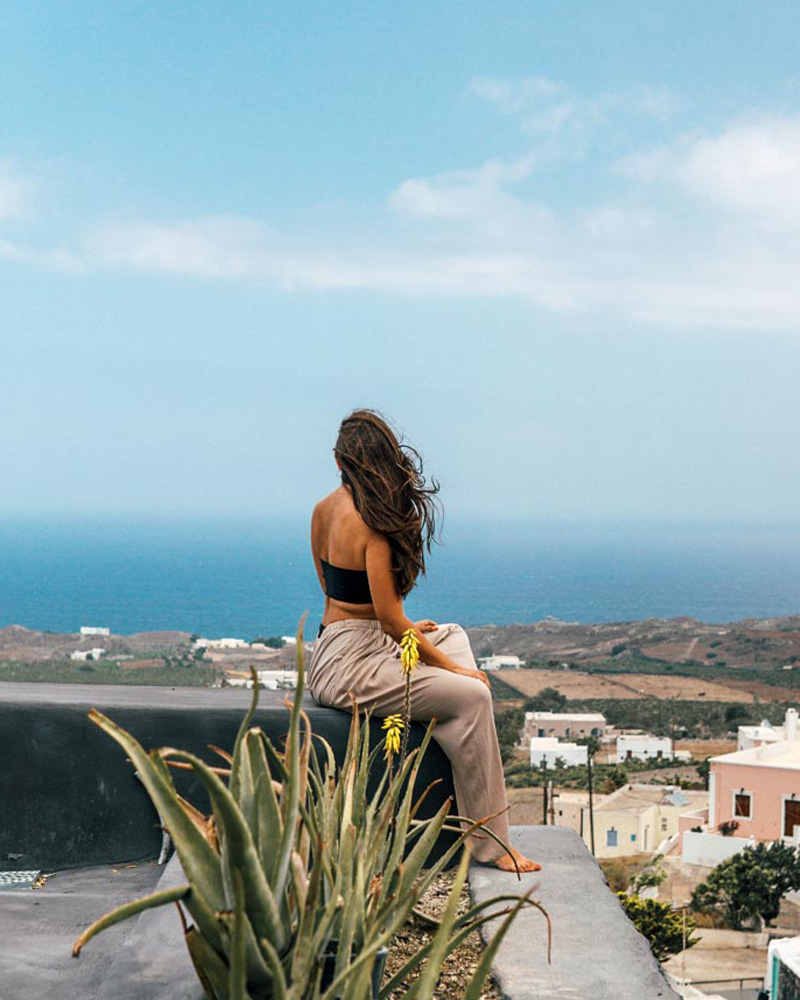 Santorini Villas Traditional Houses has been operating since 1985. After restoring and refurbishing the interior of the building it served as furnished apartments. The building has been recognized as a traditional structure by the Ministry of Planning, Housing and Environment and its age is estimated to be 450 years.

This division consisted of seven units: the two ‘kanaves’ (wineries- space where wine was produced), the ‘rakidio’ (space where ‘tsikoudia’ also known as ‘raki’– an alcoholic beverage was produced), a house occupied by the church guards’ family, the house of the caretaker of the Sorotou family and thereafter of the Bellonia family, lastly, the home of the of the owners and a guest room.

The above mentioned areas were used once a year for a period of 1 month during the harvesting season. When grapes were harvested and wine was made.

The process was as follows:

The farmers carried the grapes to the kanaves (where the wine-presses were), then workers would step on the grapes until all the juice would be squeezed into the linen (the linen was used as a filter). They would then fill up the barrels where the grapemust was created.

The leftover grapes from the press (the ‘tsipoura’) would be processed and made into ‘tsikoudia’. The room where ‘tsikoudia’/’raki’ was made was named ‘rakidio’ and it is located at the East side of the building. It is worth mentioning that during the pressing of the grapes, there would be a feast with music, food and drinks.

The building was out of use for several years. It was in 1983 that the restoration started and finished in 1985, no modifications were made to the architecture of the building, both internally and externally. The small church located at the top is the same age as the rest of the building, as is the rock that sticks out and is used as a support to the church.
The town has always been a quiet place, without any major developments as its inhabitants were mainly working in agriculture and mines. The first step towards tourism was sparked by Santorini Villas. Followed by two restaurants and the set-up of the organised beach. There is transport from the town via Fira where the central bus stop is located towards all the islands’ towns. 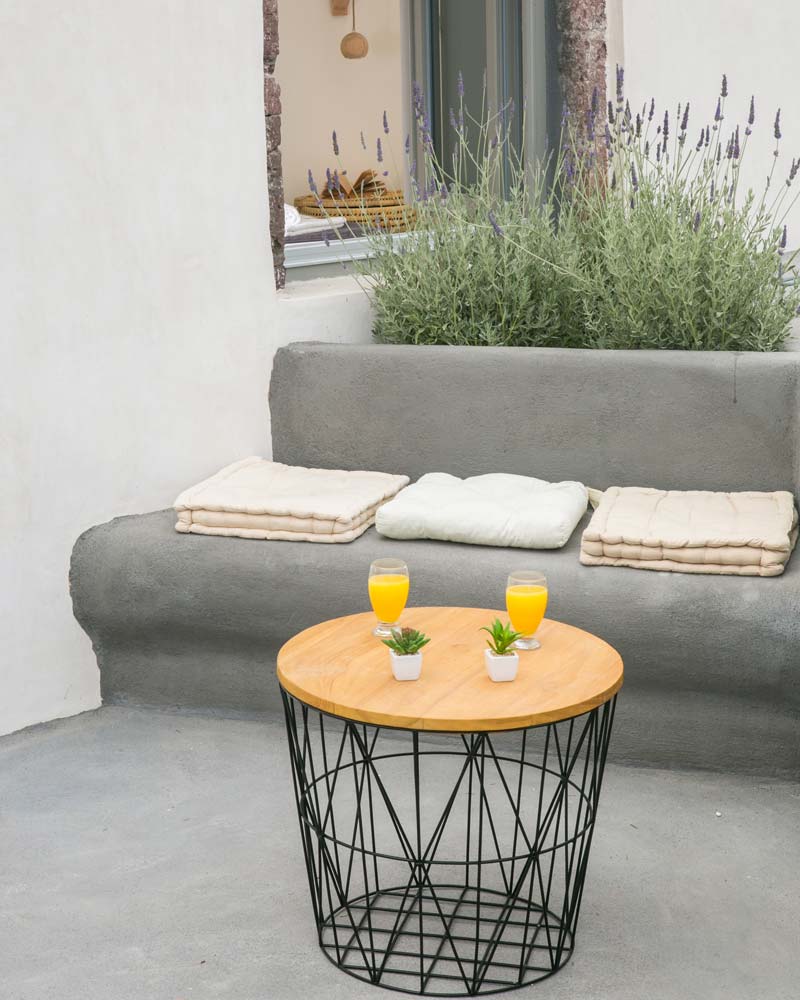